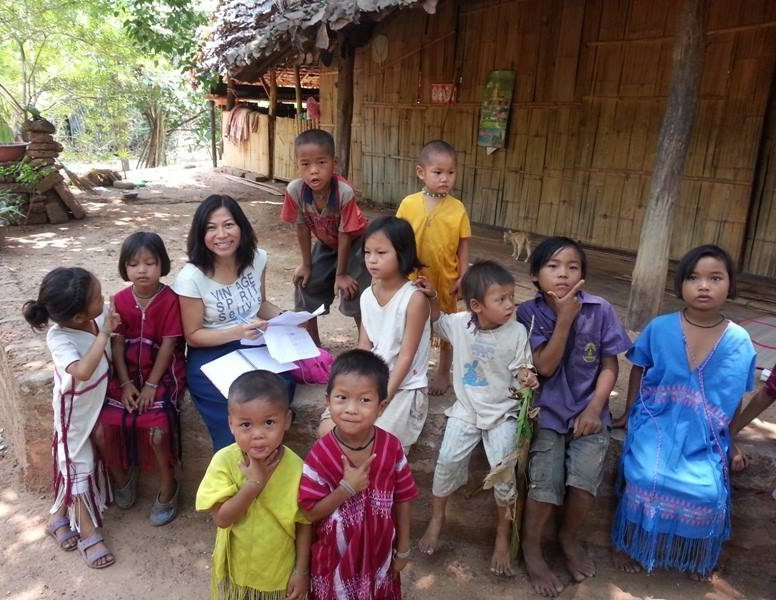 I met Jeff in early January 2013, while I was managing a tourism project in four provinces of Upper North Thailand to improve the quality of tourism products and enhance the livelihood of tourism communities. Jeff was a volunteer tourist in this tourism program pilot. He was assigned to write about his experiences through the tour and in his diary

In 2013, I had the chance to work with Jeff on his Indigenous Voices book project for two years. We had no budget, but we interviewed and surveyed indigenous villages in Northern Thailand. Jeff’s work on Indigenous Voices is interesting for me to be involved in, because I believe his work addresses critical issues of common concern that have happened all over the world related to economic development. I also participated with Jeff in other social contribution activities (i.e., raising funds, giving donations, etc. for the indigenous communities whenever we have a chance.)

Last two year, Jeff also used his “Indigenous Voices” book research material and raised funds to help support with basic living necessities a marginalized ethnic Karen community in Thailand. It was a small fund but it was in our hearts.

From my Thai perspective, I thought that it was very challenging for Jeff to work with both Thai and other people who speak in a different language and have a different culture. It was a challenging task for us to work together while doing in-depth interviews of indigenous communities as we sometimes used three languages: Thai, English, and indigenous language to communicate. Jeff and I brainstormed together and planned for field trips in these villages. It was not easy. We learned how to work together and we learned how to adapt in challenging situations. The different cultures have different details such as taboos and customs. We also learned and respected their culture. I thought that Jeff works with his deep heart to initiate his two books and humanitarian projects. He did all of this without funding support. However, he has never given up on his dream and has tried to search for the right networks to cooperate with and support his work. Jeff always learns from new experiences and contributed his work while he has been staying in Thailand. As from these two project experiences and his personal learning, he gained a lot of knowledge and grew a lot as a person and a professional. Moreover, he also learned how to deal with people in different cultures and different communities. This is what we learnt and why I want to contribute in this project.